A Celebration of Giving

As we celebrate 65 years of the Moravian Music Foundation,
we are enhancing this year’s Annual Friends Fund Appeal
with added elements of learning, sharing, listening, and giving.

Sixty-five years ago, on 1 May 1956, the Moravian Music Foundation was chartered as a nonprofit corporation in the state of North Carolina. Since that time, we’ve moved our office and Southern Province collections twice (from the basement of the archives building to 20 Cascade Avenue in 1963, and from Cascade Avenue to the Archie Davis Center in 2001); we’ve moved the Northern Province collections once (to the new archives building in 1978).

We’ve participated in 22 Moravian Music Festivals (the first three were held before our incorporation, and the 26th Festival is coming this summer), helped with uncountable concerts, been of assistance to so many churches and other Moravian agencies, worship leaders, musicians and music-lovers, bands and choirs, orchestras and chamber ensembles, composers and arrangers, editors, researchers, and students…

Our 65th anniversary coincides with Moravian Music Sunday, May 2, so we’re going to celebrate by inviting you to give a special gift to the Foundation before or during that weekend. Donors will be entered into drawings for special items and have an opportunity to receive your very own Moravian Music Foundation socks (gifts of $100 or more)!

There will be chances for friendly competitions between musical groups and congregations – we’d be happy to help you start one.

If you’re not getting the Foundation’s monthly email newsletters, please let us know, because there will be special announcements and messages on Facebook and in our E-News – and short musical serenades – starting shortly after Easter.

Our goal? Raise money to help support the Foundation’s future in our mission and service – preserving, sharing, and celebrating Moravian musical culture – for at least the next 65 years!

Our Friends will notice some elements of friendly competition, as well as a random drawing from prizes, including:

A Pair of Socks

For gifts of $100 or more, receive a pair of special MMF socks.
-while supplies last-

The 65th anniversary gemstone associated with this milestone is the blue sapphire, symbolic of loyalty and some say can bring inner peace and can bring fulfillment of dreams and prosperity. 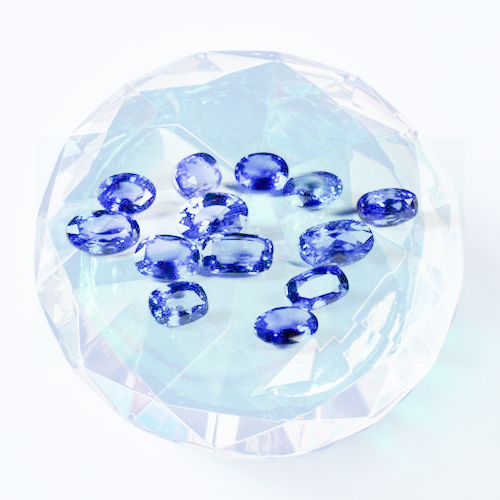 The serenade is a musical composition and/or performance delivered in honor of someone or something; by the Baroque era, had become celebratory, and the Moravians serenaded members on their birthdays. Serenades are typically calm, light pieces of music. 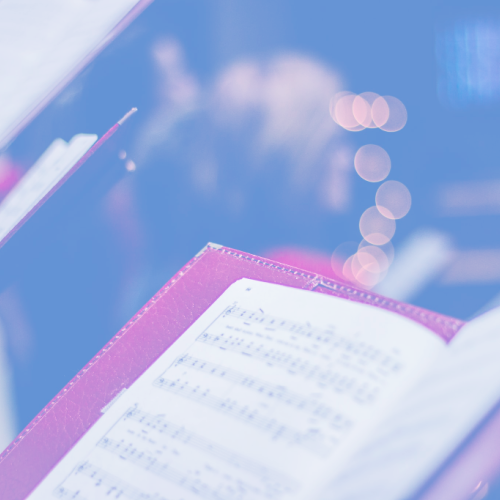 The Serenade in Moravian Communities

Excerpt from
HISTORICAL NOTES ON MUSIC IN BETHLEHEM, PENNSYLVANIA

Serenades have been customary here from the founding of the town to the present date.  During former times, more frequent than now.
Visitors to the town were formerly greeted with a serenade.
Birthdays were so celebrated.

The date of birth of each individual in the community, was formerly known to the inhabitants, by a custom which existed, and which is still observed in Moravian congregations.  We refer to the keeping of a Birthday Book, a record containing a blank page for each day in the year.  In it were recorded the names of every member of the congregation, and friends and relatives in other places; distinguished members of the church, both here and elsewhere – both living and deceased – all such as they desired to remember.  Often, also, distinguished names in the history of the world, such as Luther, Melancthon, Gallileo, Columbus, Washington, the Presidents of the United States, or others, were found therein.

The Birthday Book and (Daily) Text Book were placed on the breakfast table each morn; after the Text was read, and while the family was being served, the Record was generally consulted in order to ascertain whose birthday it was. This custom served as a bond which held the inhabitants in social union. No one, no matter how poor or humble, was forgotten, every one was greeted with good wishes and attentions.  Such books of record also suggested subjects for conversation, often leading to entertaining and useful information, particularly so to young persons.  Distant persons were greeted by letter, those near were visited during the day, and saluted with kind wishes, sometimes by the singing of hymns ere they left their bed-chambers.  Poetical effusions were composed and sent; many specimens still exist in this community.  One of the best compositions of this class was written by bishop Gregor, while residing in America, to his daughter in Europe, giving a description of his American experiences, in the German language.  It consists of thirty-six verses, from which the following selections are copied, viz:

[Followed by Christian Gregor’s poem to his daughter on her birthday in 1771.]

In 1873, Rufus Grider published his Historical Notes to capture the musical life of Bethlehem, from the beginning to the 1870’s. Reprinted in 2016 by the Moravian Music Foundation and the Moravian Historical Society (Nazareth, PA) in honor of the 275th Anniversary of Bethlehem, the 1873 edition was originally republished by MMF in 1957. The booklet is soft-cover, 78 pages, in 8.5″ x 11″ format. See the Book or Buy the Book

The booklet contains many of Grider’s own sketches and all the images that were in the original edition. Grider was a member of the Central Choir for over 25 years. He was a flutist, librarian of the Philharmonic Society, and proprietor of the hotel, who mysteriously “wandered away from Bethlehem and never returned.”

The Serenades will be presented on the MMF Facebook page.

“Like” our page to see the serenades in your news feed.

Let us hear from you!

Send a message to MMF, share memories of MMF events, share anecdotes, post photos, etc. This is a simple wall that you may write on, as well as, attach items.

Anyone following this link will be able to see what you write. Just start typing where it says “Say Something…”

write a note to mmf

As a part of our 65th anniversary celebration, MMF invites all stakeholders to share their interactions, experiences, anecdotes, and/or advice in a simple survey form.

Timeline of the Moravian Music Foundation

A quick overview from whence we came to the present.
[ slide the scroll bar to the right / or swipe left]

For a more detailed timeline, click on this PDF.

Here is your Zoom invitation to our Friday evening gathering!

…however, you must make an appointment to visit the BETHLEHEM office in-person. Masks, distancing, and limits of occupancy are mandated.   610-866-3340